Alicante, February 25, 2020.- The president of the Valencian Generalitat, Ximo Puig, will soon sign an action protocol with the Business Incubation Center Finlan, a center associated with the European Space Agency (ESA BIC Finland), to promote from Alicante, through an international call for projects, a system for the prevention and management of natural disasters such as the DANA de la Vega Baja and the storm Gloria, suffered especially in the Valencian Community in recent months.

This was announced this Thursday in the Digital District after the awards ceremony for the ‘Gen10s: Breaking the digital gender gap’, where the president has intervened to close the meeting, organized around these awards promoted by Ayuda en Action in collaboration with Google.org.

In the framework of the agreement with ESA BIC Finland, as Ximo Puig has advanced, an international call or ‘challenge’ will be held, open to ‘startups’ from all over the world, and a selection process will be carried out that will attract companies with projects more suited to the objective set. 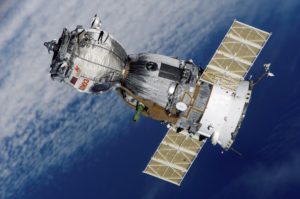 Digital District will dedicate a qualified team to the international challenge, led by a project manager with a deep knowledge of Spanish and Latin American markets, as well as internationalization processes. The cooperation between ‘startups’ and corporations will be a boost for the development of innovative projects in the technological hub of the Valencian Community

The Sociedad Proyectos Temáticos de la Comunitat Valenciana formalized last December in Helsinki a first protocol for the implementation in the Digital District of ‘startups’ associated with the European Space Agency (ESA), which will develop technological solutions that allow progress in various projects of the aerospace field. Likewise, this protocol contemplates the installation, also in the Digital District, of an incubation center for innovative companies associated with ESA, which will be specialized in the climate emergency and the resolution of the challenges it poses.

As a consequence, a large competition will be launched for projects that attract talent from all over the world in terms of innovation related to the prevention and management of climate catastrophes. The Generalitat considers that ESA is the ideal ‘partner’ for a project of this magnitude that will culminate in the last months of this year.