The Orihuela City Council joins the Comunitat Valenciana Digital District. The Head of Innovation, Universities, Science and Innovation of the Valencian Government, Carolina Pascual, and the Mayor of Orihuela, Emilio Bascuñana, have signed an accession protocol by which the city will be a collaborating entity in the creative, cultural and agri-food industries.

After the signing of the agreement between the Sociedad de Proyectos Temáticos de la Comunidad Valenciana and the Orihuela City Council, Carolina Pascual pointed out the importance of this future collaboration, especially after the climate catastrophe DANA -that hit the south of the region really hard-  by implying a reconstruction in which innovation and digitization can make a great contribution. 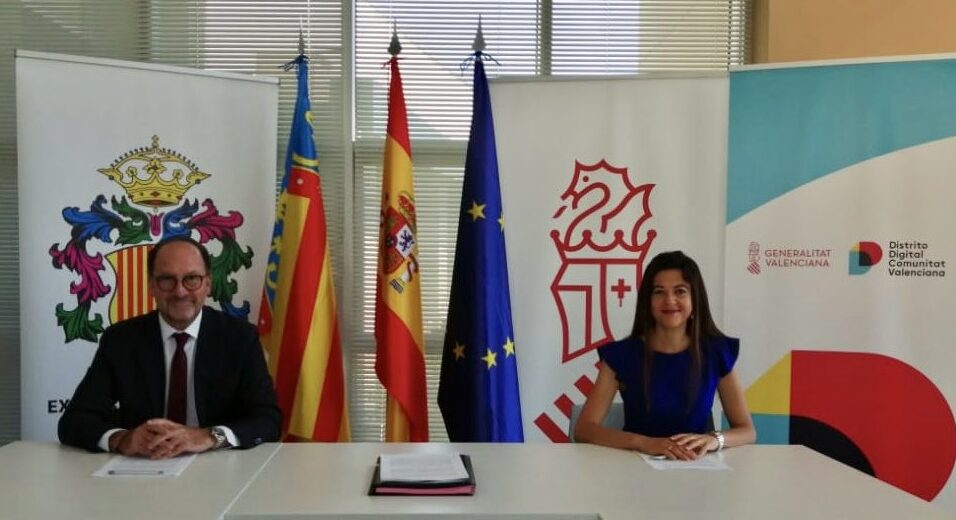 On this matter, she advanced that Digital District will make a call to the entire international innovative community to bring competitive solutions with the aim of generating an agri-food hub that will also boost cultural projects and creative industries. “It is very important that this innovation reaches the entire territory because it will be a fundamental instrument of economic recovery in the moments of recession generated after the pandemic by COVID-19,” said Carolina Pascual. She has also highlighted that the Conselleria wants the municipalities to feel involved and to contribute concrete projects.

Orihuela already has a Smart Master Plan that covers various areas of governance and is especially interested in developing projects related to creative, cultural and agri-food industries.