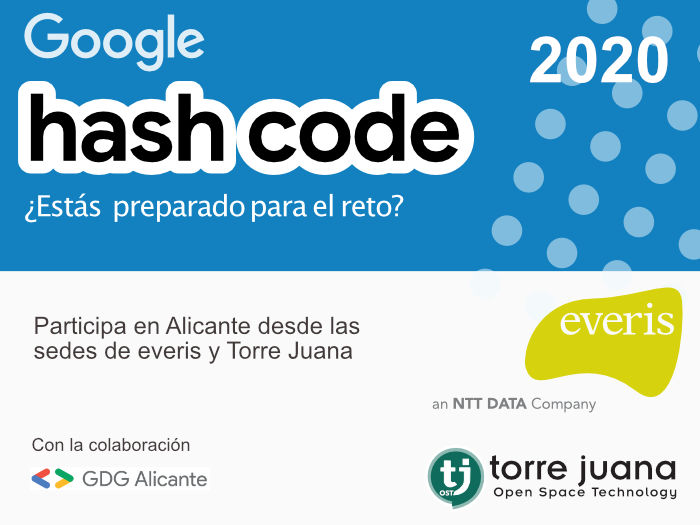 Distrito Digital Comunitat Valenciana sponsors the Google Hash Code World Challenge, the annual competition that poses engineering challenges established by Google, aimed at both students and professionals, and which will be held on February 20 at the Torre Juana OST and the everis company. Registration to participate is now open and you can register at the following address: g.co/hashcode.

The Google Hash Code is a competition in which participants compete in teams of two to four people and can use the programming languages they prefer. The first round of the challenge will take place on February 20, from 4:00 p.m. The schedule for the day is as follows:

On February 25, Google is scheduled to publish the results of this first round. Between 30 and 50 of the best teams from the first qualifying round (up to a limit of 150 people) will be able to participate in the Google Hash Code Final Round, which takes place on Saturday 25 April 2020 at Google’s offices in Dublin (Ireland).

Last year 2019, more than 70,000 developers participated and a total of 41 teams went to Dublin to compete for the final prize. Hash Code was created in 2014 by some engineers at the Google France office, who came up with a coding competition to motivate them in their daily work. Some of the challenges that have been overcome over the years include designing a Google data center, seamless video streaming on YouTube, and compiling code at Google scale.