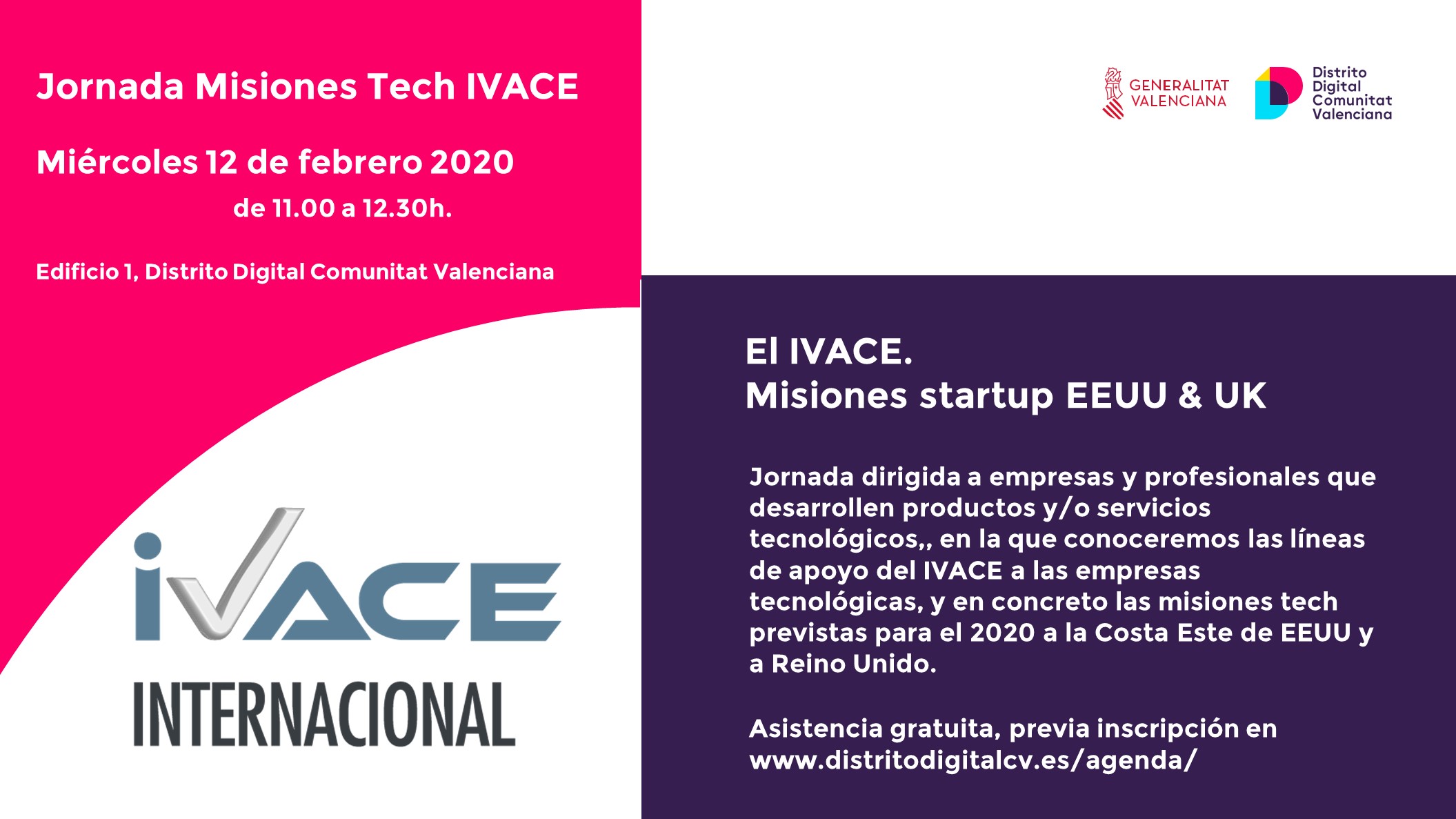 Distrito Digital Comunitat Valenciana and the Institut Valencià de Competitivitat Empresarial (IVACE) organize on February 12 the IVACE Tech Missions conference, in which the IVACE help lines for technology companies will be announced, with special attention to missions tech planned for this year 2020. These missions will be carried out on the east coast of the United States and in the United Kingdom.

The conference is aimed at companies and professionals who develop a technological product and / or service and admission is free until full capacity is reached. It will take place in Building 1 of the Valencian Community Digital District, at 11 am.

One of the main objectives of the Valencian Institute of Business Competitiveness, IVACE, is to support companies in terms of innovation, entrepreneurship, internationalization and attracting investments, as well as the promotion of technological enclaves. One of its lines of support is the call for funding for the creation of technology-based companies (CREATEC), whose date for submission of applications is open from January 18, 2020. These grants are aimed at small innovative and grassroots companies technological, with headquarters or production establishment located in the Region of Valencia.